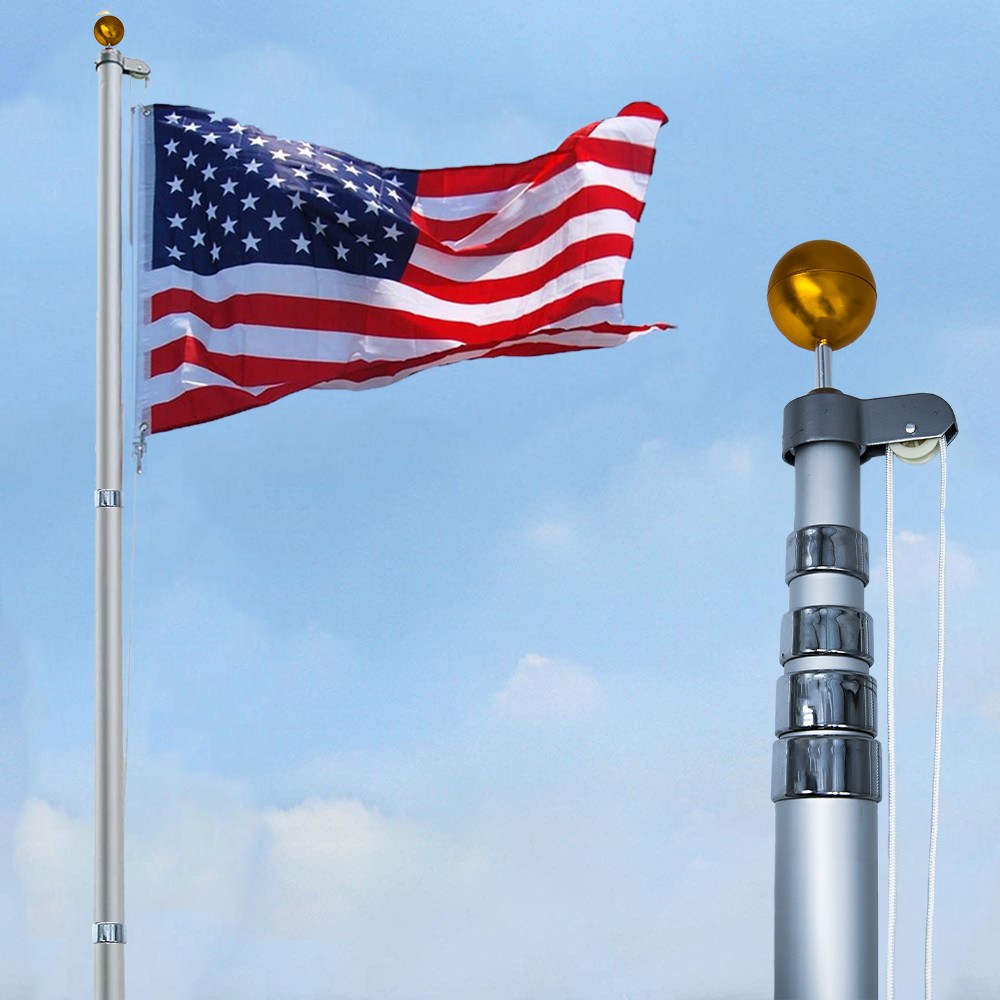 They are proud American citizens that do everything they can to show their pride and gratitude for the country they live in.

Over the past 5 years, Dave & Melinda's son has been a service member for our country. He is a treasure to their family and especially to all American citizens.

Ever since Spencer was younger, it was his dream to serve our country. The Owen family had such pride in the freedom we have in America and Spencer wanted to do his part to protect that.

So, when he decided to enlist in the military, his family was elated!

When the day came to send him off, they had a surprise for him. They had bought a Flag Pole & American Flag to fly in their front yard, to honor him and everything that he and the family stands for. Before he left, they had a ceremony of putting the flag up. They told him how proud they were of him and that this flag would be a daily reminder of the freedom that he is fighting for and the amazing country that we are able to live in.

To this day, 7 years later, they have their flag flying proudly.

I am writing you on behalf of my entire family. I just wanted to express our gratitude for everything that you are doing. A few years back, we purchased one of your flag poles to honor our son, who is currently serving our country.

As parents, we have really tried to instill a love and gratitude for our country in each of our children. When our son, Spencer, decided that he was going to enlist, we couldn't have been any more proud.

Leading up to the day he was leaving, our other 3 children wanted to show Spencer how grateful they were for him. So, they started planning. They ended up deciding to purchase a flag pole & flag from you to create a little send off ceremony for our son.

Now, we still have our flag flying proudly in our yard. It is a great reminder of the freedom and justice we have in America, and especially it reminds us of what our son is fighting for. So, thank you for allowing us to be able to do that." 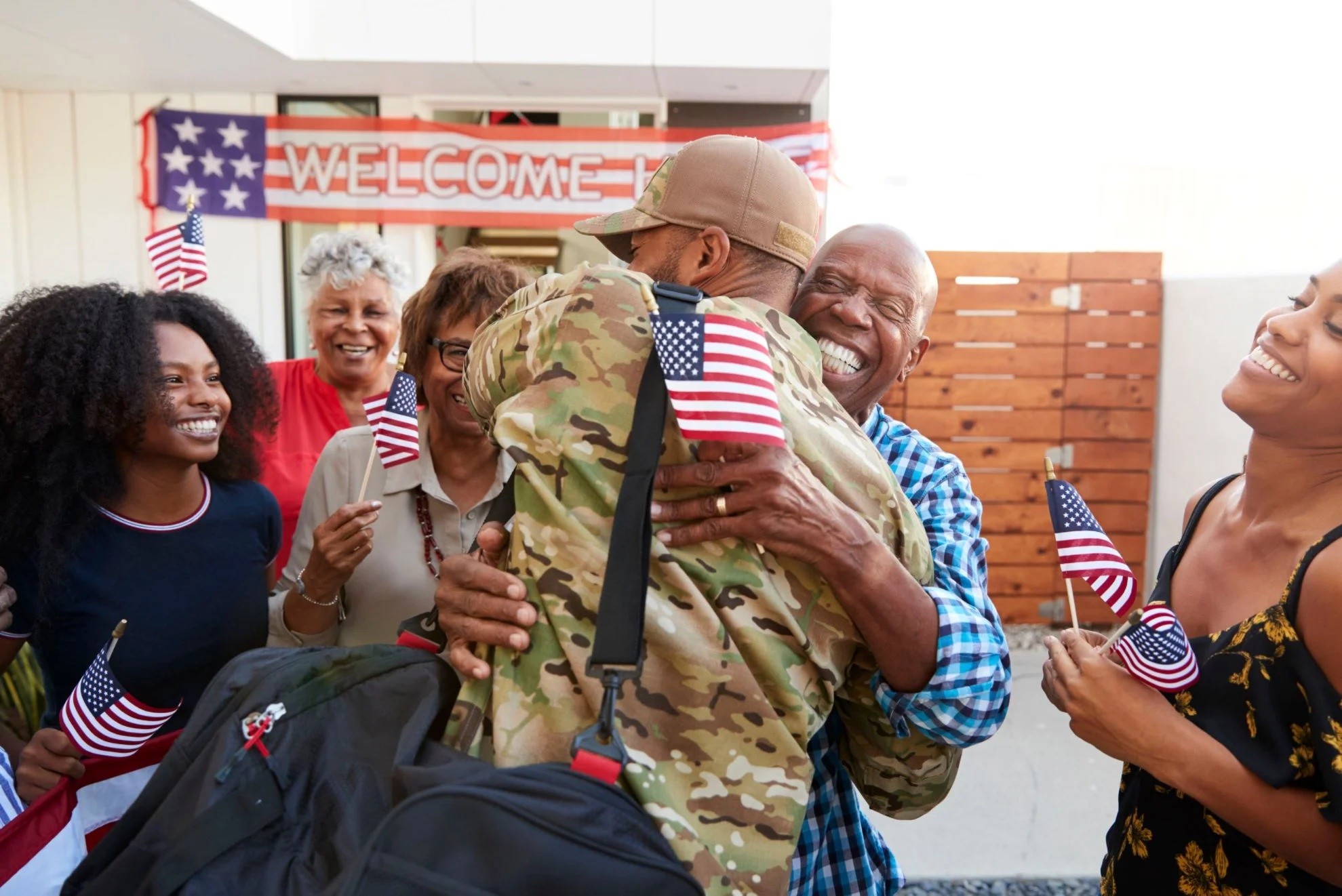 Flying the flag in your yard is more than just a simple statement on your patriotism. It shows all members of service and their families how grateful you are for the risks and sacrifices that are made to ensure that you and I have the freedom that we get to enjoy.

We celebrate freedom, liberty and the pursuit of happiness, while recognizing the freedoms that we enjoy were given through the blood of our bravest.

This is the Best Flag Pole out there because...

20ft FLAG POLE KIT COMES WITH EVERYTHING YOU NEED... Our new Twist lock system is much more secure and efficient way to lock each section of the flag pole. Competitors have friction lock systems that are faulty, they cause random collapsing or impossible loosening of the pole! 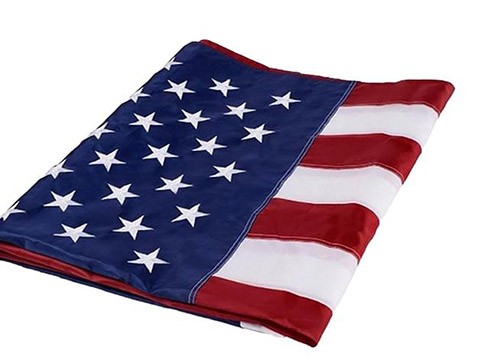 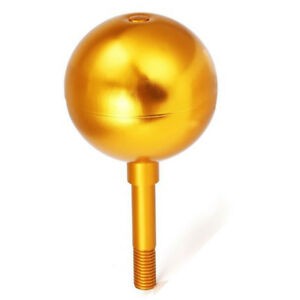 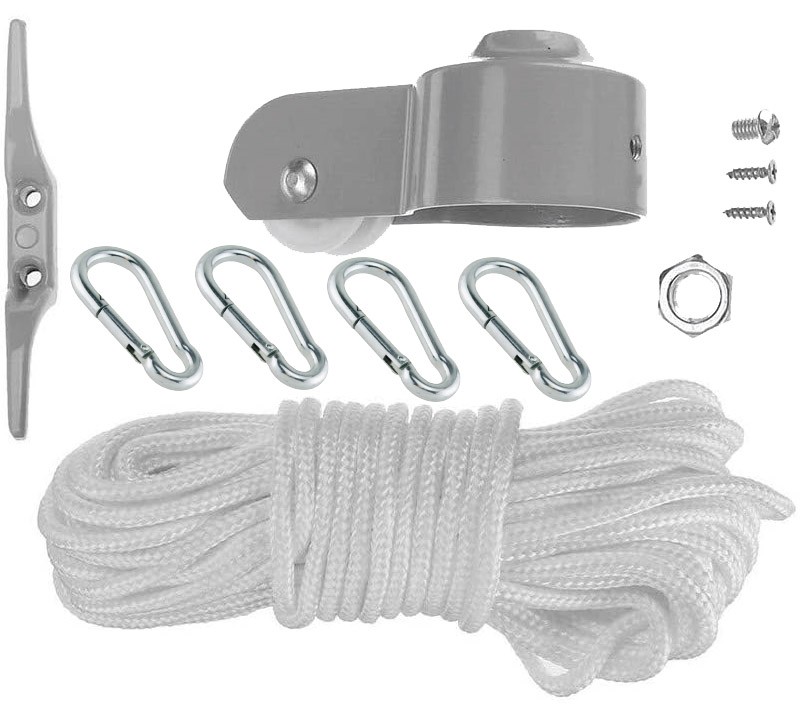 This is very uncommon in telescoping flag poles, but we have listened to your requests! Gives the ability to fly Half-Staff. Includes everything you need. 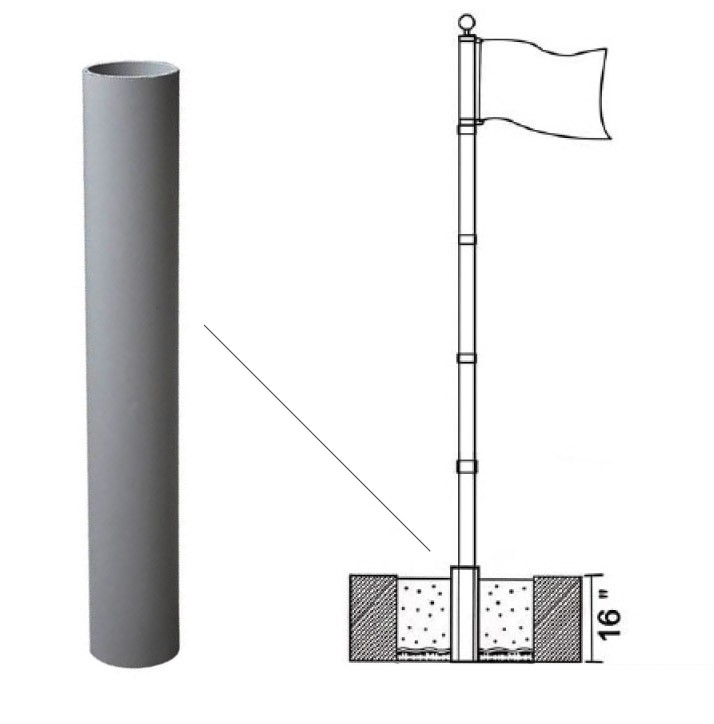 Others friction lock system are faulty are the reason for many Telescoping flag poles being bent in half or collapsing. This new Twist lock system prevents damage from happening.

Did you know that getting our hands on more 20ft Telescoping Flagpole isn't actually that easy.

Shipping time from our warehouse to you is only 2-5 Days.

But, from the day we order, it takes several months for them to arrive at our Utah Warehouse.

So if we run out of inventory, it will take us a few months just to get the product back in stock.

The good news is that... if you are reading this letter right now, then we have at least three in stock!

If you missed out before, here is your chance.

Today we are offering an incredible deal on the STAND Flag pole. Plus, you will receive FAST 2-5 Day Shipping... but only while supplies last. Keep reading to claim yours!

Be Careful. Not All Flag Poles Are Created Equal

Purchasing a 20ft Telescoping Flagpole can be risky.

You've seen the cheap flimsy Flag Poles that blow over or do get stuck when you are trying to set it up or take it down.

You've also seen the $1500 Flag Poles that are way overpriced for what you're actually getting. The price is purely just to trick you into thinking you're paying for all the top notch benefits. When in fact, it has none.

We meet you at the perfect spot. Our giant 20ft Telescoping Flagpole was engineered with your pride and freedom as the top priority.

But we have it on sale today

WE ONLY HAVE A FEW LEFT! 96% of Customers Say They Have Had a 5 Star Experience With Us! 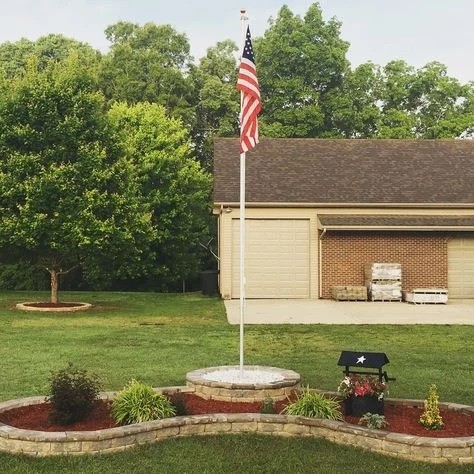 Love my Flagpole! It withstood 50 MPH winds with ease! My favorite part is that I can fly two flags if I want. I am waiting for my Gadsden flag in the mail and can't wait tot fly it under Old Glory!

I am extremely happy with my flagpole. Honestly the hardest part of installing it was digging the hole to put the pole in. They sent a video to show how to install it and that was a huge help! Love seeing my flag fly high every day! 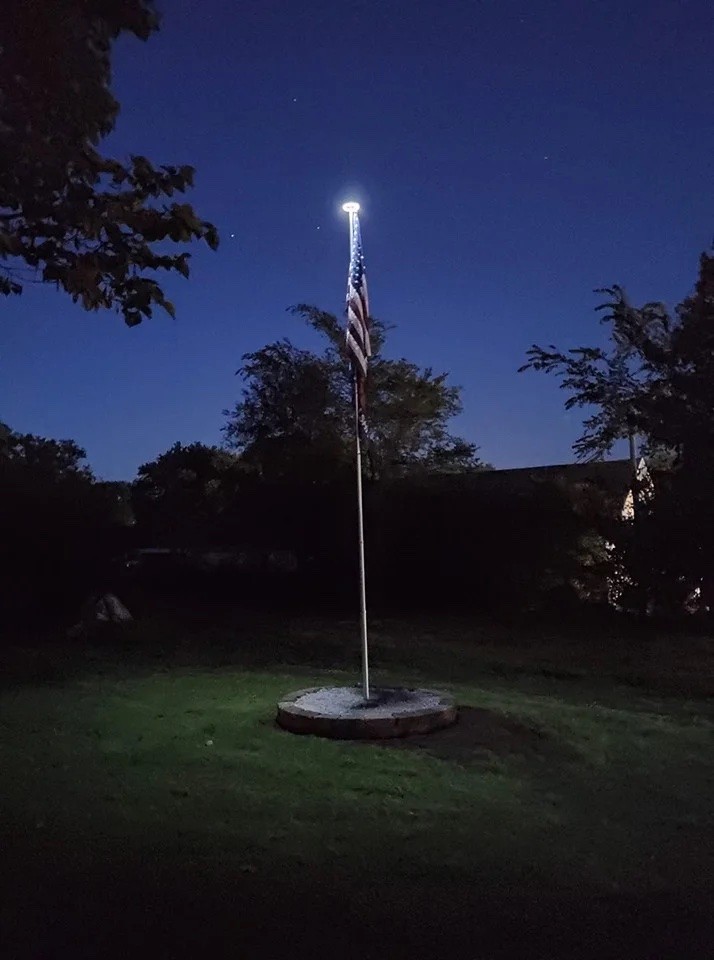 I purchased one of these for a scout project for my son. I was so impressed with how easy it was to install that I had to get one for my home. I recommend this pole to anyone who is looking for a quality pole. 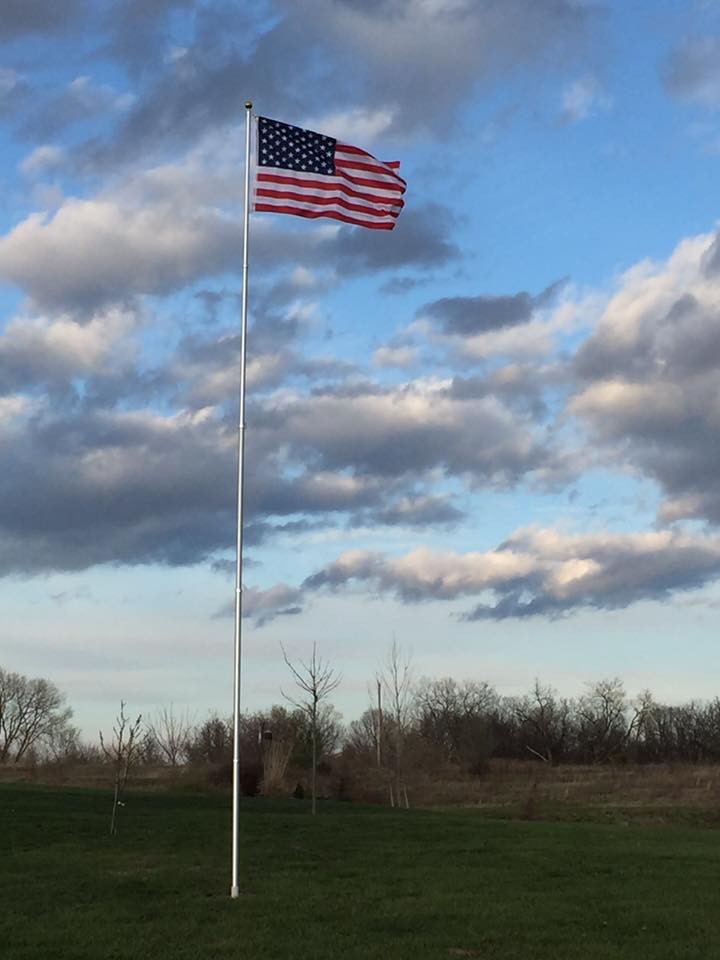 Product works exactly as described. Simple assembly and installation. Hardest part was digging the hole and pouring the concrete. 100% satisfied 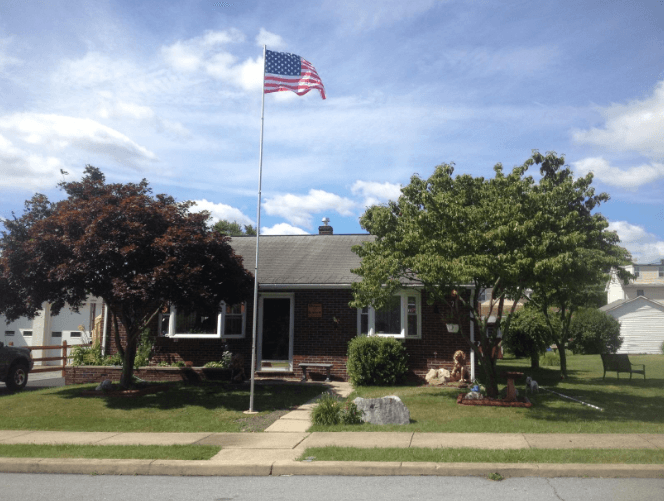 I bought this flag pole about 8 months ago and have never had any issues with it. I am from Fort Wayne, IN and we get some serious winds here and the pole has lasted this whole time. Its a blessing to be able to watch my flag blow in the wind. 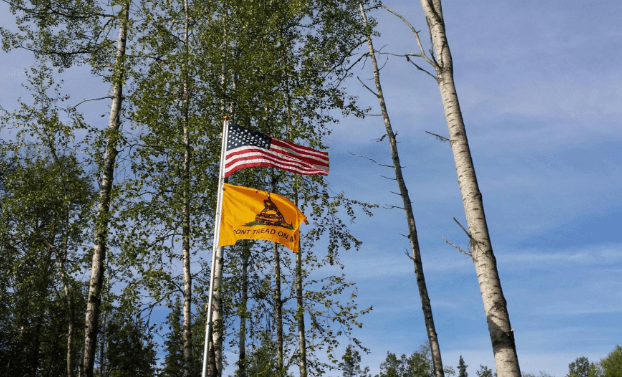 This flagpole is perfect for anyone looking for a residential pole. I use it to fly two of my flags in my front yard and get compliments from my neighbors every day. 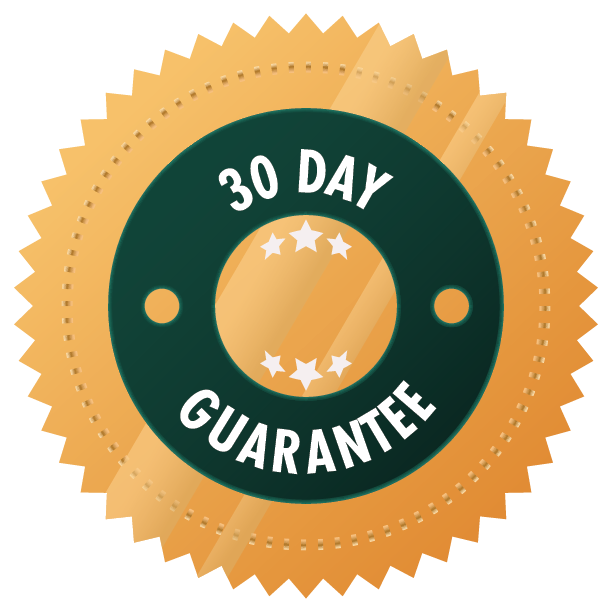 We stand behind our product and back our orders with a 30 Day Replacement Guarantee. If it is damaged in transit, send it back and we will provide you with a new one. No Hassles, No Questions.

(Upgrading The Warranty Is Available After Checkout) 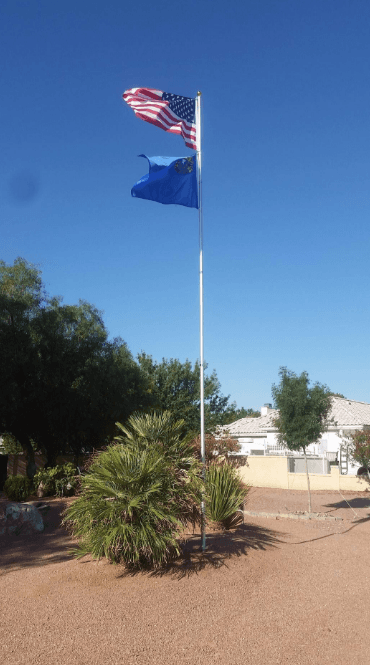 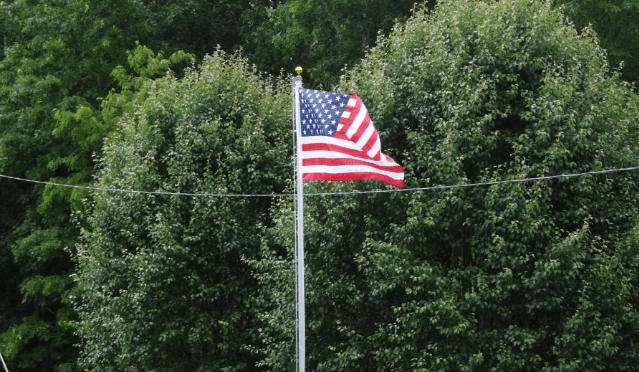 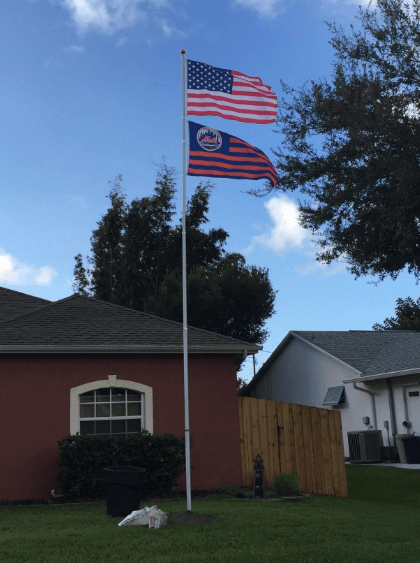 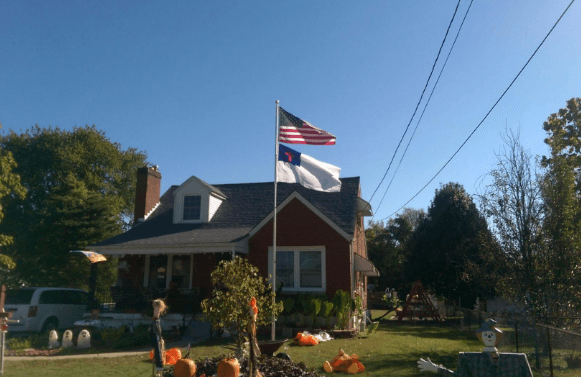 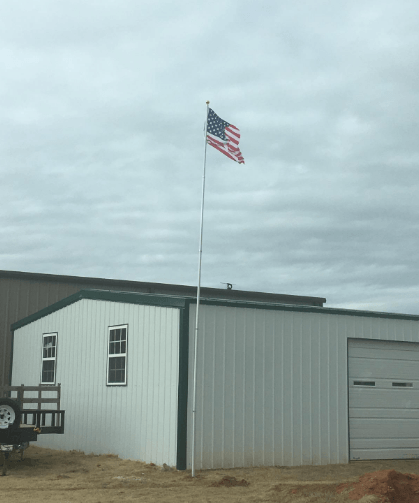 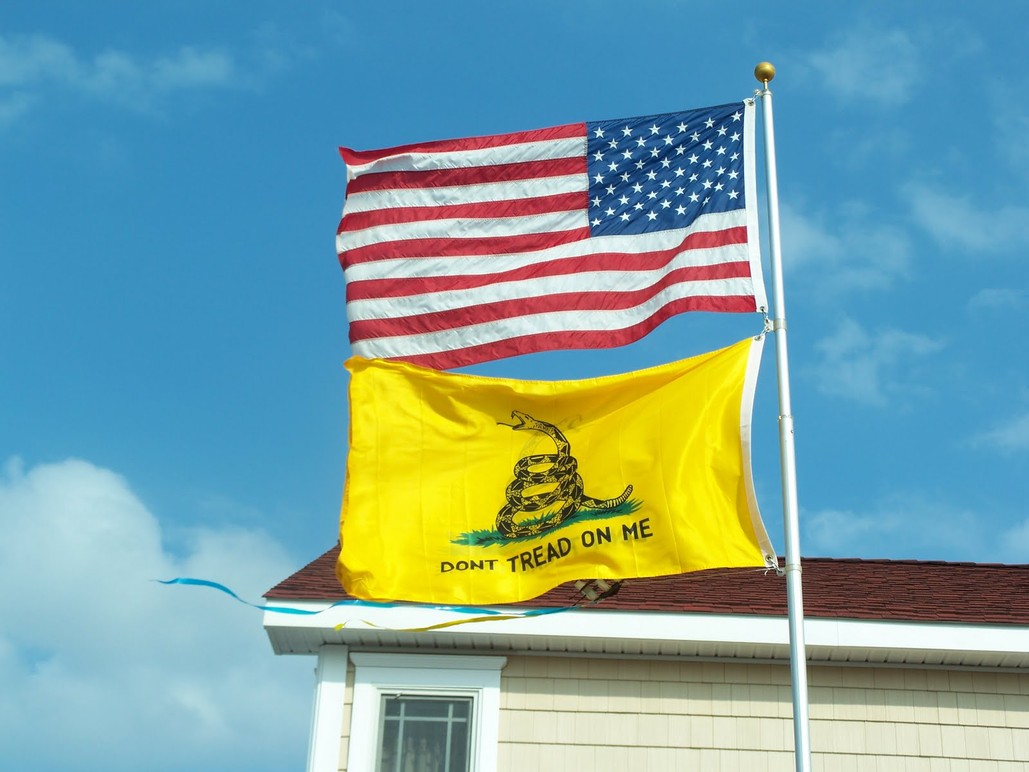 But we have it on sale today

WE ONLY HAVE A FEW LEFT!